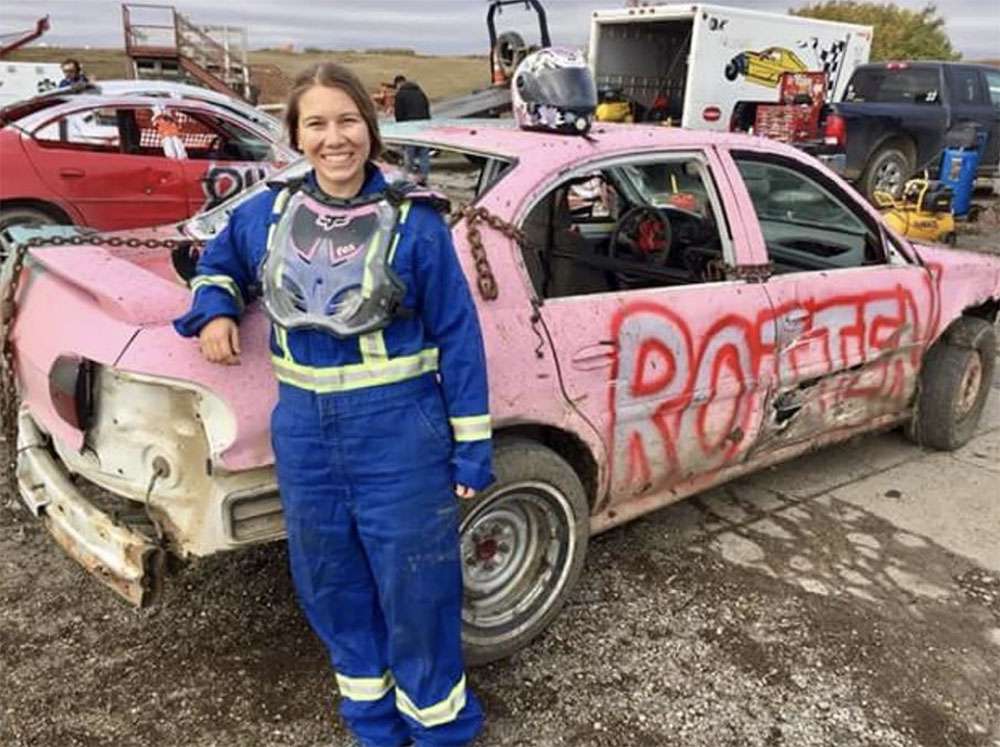 This is Keisha Bell. She lives in Regina, works in administration, and, in her free time, she likes to smash cars.

Smash-Up Derby is a sport in which drivers vie for the top spot by damaging each other’s vehicles, bumping to pass one another, and completing laps. The activity is popular among car enthusiasts and car destructionists alike, but few women see themselves behind the wheel of the car itself.

Keisha has set out to change that.

By participating as the lone woman in her first 8-car race and earning a third place finish, she is breaking the glass ceiling that prevents women and girls from having a space in traditionally male-dominated sports and industries. “The best feeling was getting out of my car after the race and meeting a group of young girls”, Keisha says. “They were so excited to give me high fives and tell me that they wanted to grow up to race like me.”

It’s true that inspiration plays a significant factor in encouraging women and girls to imagine themselves in places they’d never thought possible. Women with mentors receive more promotions than men, but 63% of women have never had a formal mentor in their lifetime. Keisha is in a position to send a message to women and girls everywhere that their gender “shouldn’t be the thing that holds them back from meeting their goals.”

It’s Gender Equality Week and YWCA Regina is celebrating the accomplishments of women as they endeavor to make Canada a better place for everyone. Join us in congratulating Keisha on her win, and using her story as an example of women overcoming obstacles in pursuit of their dreams. Representation and diversity really do matter.